The City of Lincoln, Nebraska, retained MTJ Engineering to complete an in-service design review and provide recommendations to improve the very poor safety record of the roundabout located at the arterial intersection of N. 14th and Superior Streets.

The roundabout opened in 2012 built for traffic volumes in the 2030s. MTJ Roundabout Engineering’s recommendations included easing the complexity of the roundabout by reducing the number of lanes and installing fences to keep drivers from seeing the entire intersection as they enter.

After the recommended modifications were in  place, the number of accidents at the multi-lane roundabout dropped dramatically after the city shut off lanes – just four accidents were reported in October 2013 after the changes, down from 17 accidents in the previous month.

Thomas Shafer, design/construction manager for the Public Works and Utilities Department of Lincoln said the city will make future roundabouts “right-sized for the volumes we have, with the ability to expand if the volume increases… We won’t make them bigger than they need to be.” 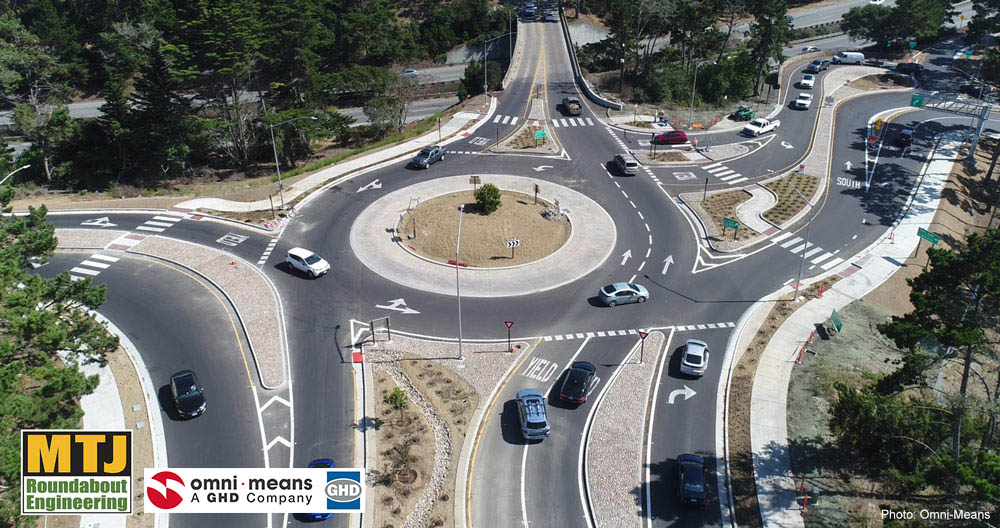 Holman Highway Roundabout
Watch a brief summary of the project.

“Thank you! You have done an excellent job in documenting and sending memo of findings. It exceeded our expectations on timeline and schedule. Mark Melnychenko, our Transportation Director, and Phil Kercher thank you for all your effort on this project.” Kiran Guntupalli P.E. PTOE, Principal Traffic Engineer, City of Scottsdale

“A special thank you to Mark because the updates based on his designs and suggestions really helped “turn the tide.” His involvement has had a great positive impact on the project.” Eva D. Vargas, PE, AICP, Project Engineer, City of Cleveland Mayor’s Office of Capital Projects, E&C

“It's true - the devil is in the details. We have learned the critical importance of using a true subject-matter expert when it comes to delivering optimally operating roundabout intersection control. Going to a class, owning the software, and even designing many roundabouts are not equivalent to decades of studying the sensitive, operational fine points that separate average from optimally performing roundabouts. Mark Johnson is a unique specialist with an eye for finding the subtle design nuances that can make or break roundabout performance. Whether it is in the role of original designer or peer reviewer, we trust Mark and his team to bring the knowledge, experience, and input necessary to assure our roundabouts are delivered at the highest level.” Gregory P Muhonen, PE, Public Works Director, Town of Estes Park, CO

“It was wonderful working with you on this project and it was a pleasure working with you on a unique project such as this (Not too often we cut back lanes in a recently built roundabout). We don’t tend to build too many roundabouts, but when we do, I certainly will recommend they reach out to you for discussing future work. We greatly appreciate MTJ Engineering and the work provided on this project! I highly recommend MTJ!” Josh Potter, Transportation Engineer, Hennepin County Public Works – Design